Finally We Have our Day In The New World! Oct 25-26th @ Dropzone Games in Baltimore! 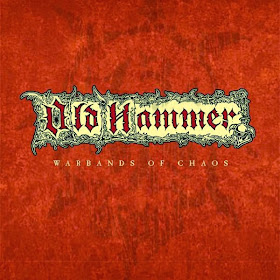 Oldhammer In The New World Day! Bring Your Lead To Baltimore! Oldhammer Across The Pond!
When?: October 25th-26
Where?: Dropzone Games in Glen Burnie Md.
What?: North American Golden Gobbos, painting competition, Warband battles, Scenario battles, and whatever you can set up yourself! Contact me at bshrode13@hotmail.com or on facebook to make sure I can reserve a table at Dropzone if you need one!

I’ve been biting my tongue a bit to get some things in place and make sure that we will have some really cool events, and some important people. But we can now make it official, we now have an Oldhammer Day In The New World! And we have a great venue for it – Dropzone Games in Glen Burnie, MD at the same site as the old Games Workshop Factory! Dropzone is a great store, I believe the largest on the East Coast, and they are preparing a lot of cool space and tables for us. They are open from 10am till 10pm Sat and 12-6 on Sunday. We have a spot reserved right now for a few games that Rusty Gouldman and I have planned, and we have lots of room to add in games!

We are going to have several games staged including a Scenario from one of the old box sets, a Warband Challenge just like Oldhammer Day in the UK (thanks Orlygg!), and hopefully a very cool Siege game! Andrew Dyer has agreed to help me set up a Golden Gobbo painting competition, and we are hoping to have some really cool stuff going on (We are also hopefully going to see some of the Stuff of Legends and Blue in VT’s collection in person!)

I’m also pleased to announce that two Old School personalities are hoping to attend and talk about the good old and bad old days of GW and helping to create the Warhammer Universe way back when. (They are our own North American Celebrities and you’ll probably want to bring along some WFRP books if you got them!)

Basically since my health scare recently I have become even more certain that I have to get this going, and I am hoping that 6 months is enough time to get everyone there, and time to get some more painting done! I’ll admit I and so excited I wish it was next week, but then I remember all the work we have to do to get this together! So in 6 months, I’m hoping you will be there!

I’m duplicating this on the Forums, and will try to watch them. This is also going to give me tons of posts on my blog over the next 6 months, so I hope you’ll pay attention and maybe send me cool images of things you might be working on. And I’m hoping some of our Canadian friends can make it down as well (so if you run a blog on Skaven and go by 24_cigarettes, I hope to see tons of painting done by then!)

Tons of details to get done and get to you all, from everything to some possible cool special templates, to hopefully having foundry citadel codes onsite, and lots of things in the works! For now, just let me know if you can make it or want to make it!

Also, this was recently posted on the facebook page for Oldhammer - anyone else jealous? I have almost all of the figs, but I am missing several of the boxes from when I was a kid.....my mom was at least smart enough not to throw away miniatures, but she did throw out those "empty boxes". I'd cry, but I have OITNW Day - Baltimore to look forward to! 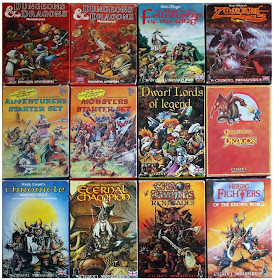